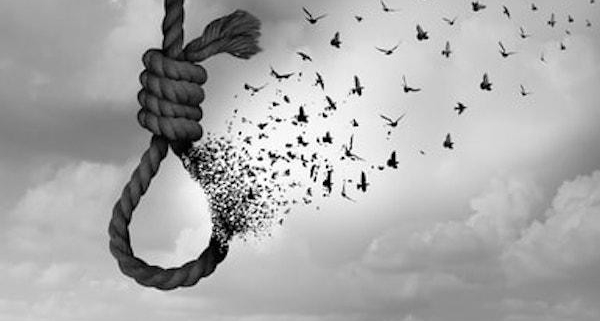 Suicide is not a male issue, that is a fallacy and it’s time to change the narrative, suicide is an everyone issue and the time has come to boycott the term Toxic Masculinity

Toxic masculinity is a term I have grown to detest!

So lets’ take a closer look at that,

They say men have a problem with suicide, this is why a term such as toxic masculinity needs to be used, to bring light to the subject apparently.

I don’t agree with that, because this term can very easily be interpreted to make people think that masculinity is toxic, we all know the power of language!

Masculinity is not toxic, in fact masculinity is needed more than ever in the world we live in today.  A lack of men’s men and strong masculine leaders and father figures are more than likely a major contributing risk factor to mental illness in men and suicide, which is rapidly rising in the west

Not all men need to cry, but all men need to know what it means to be a man, how to be a man, led by older men with lived experience. A boy needs a tribe and a community that can guide them through this initiation to grow from boys into men, so they can deal with what life will undoubtedly throw at them. A topic regularly discussed by men’s groups, such as the Awakened Man https://awakenedman.co.uk/

Now let’s put that aside for a moment, and have a real think about if suicide is actually more of a risk factor for men than women?

This seems to be the mainstream narrative these days, so much so to a point this narrative is pushed by all the major mainstream mental health organisations, charities and foundations.

This narrative is correct when we look at completed suicide, but what about the important statistic of attempted suicide, those who tried and survived!

You will find a lot of data on this subject online, levelling out suicide attempts equally when it comes to men and women

Other data also shows that the attempted suicide rate between men and women are almost same, the only reason men’s completion rates are higher are due to the violent methods used by men which makes them more successful at suicide. This article from 2020 goes further into that topic https://www.verywellmind.com/gender-differences-in-suicide-methods-1067508

Women tend to use more non-violent methods which have a better survival rate compared to men, or their intent to die may not be as strong as men. Men will shoot themselves, jump from buildings and throw themselves in front of trains leaving no chance for survival

When we start to compare “completed” and “attempted” suicides, its quite clear this is not a men’s issue at all and suicide equally effects both men and women

So why do we not hear the term toxic femininity associated with female suicide and mental ill health?

It’s time to stop jumping on this bandwagon of soundbites and ignorance and stop labelling any part of masculinity as toxic when it comes to mental ill health. We simply do not have a basis to justify it. All terms like Toxic masculinity does is, create more stigma and polarisation

It’s time for the mental health community to dig a little deep into the true facts on suicide and find out what’s actually going on, rather than cherry picking stat’s to shock or back up a suitable narrative

If we don’t, once again it’s women that will be left out, women don’t need more hurdles and challenges to add to the long list that already exists in life.

If we don’t change the narrative on suicide and make it mainstream that it is not a “men” issue,  but an “everyone” issue. We will be in danger as the next few years roll on, of seeing higher females suicide completion rates than men.

Perhaps that process has already started here in the UK when you consider female suicides, they are already at an all-time high!

Now let’s take a look at some basic facts on suicide:

·     Suicide is the biggest killer of us all under 35yrs old

Now can you explain to me why its men that has a bigger problem with suicide??

So let’s take the focus away from just men and focus on the real issue at hand. Suicide is everyone’s issue and it does not discriminate,  it’s out to get us all and it leaves no one out!

So Let’s boycott the term Toxic Masculinity and shed some real light on suicide and the gender paradox, so we can kill the killer that’s out to get us all!

Want to join the discussion?
Feel free to contribute!

The Workplace and The New Normal… There Are No Experts!

The Importance of Mental Health Awareness
Scroll to top